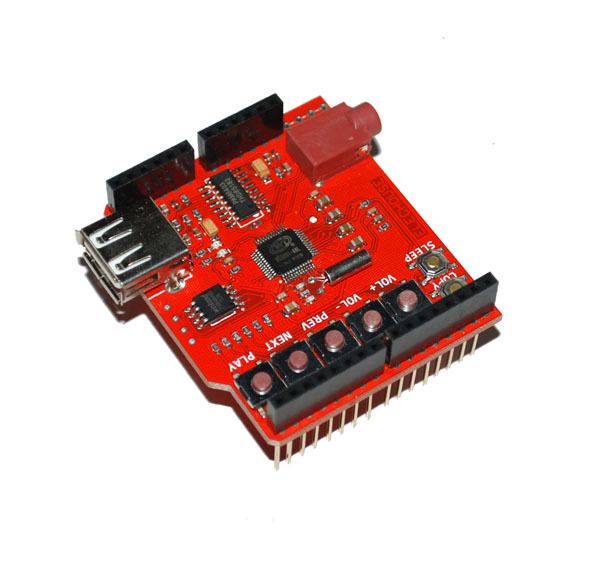 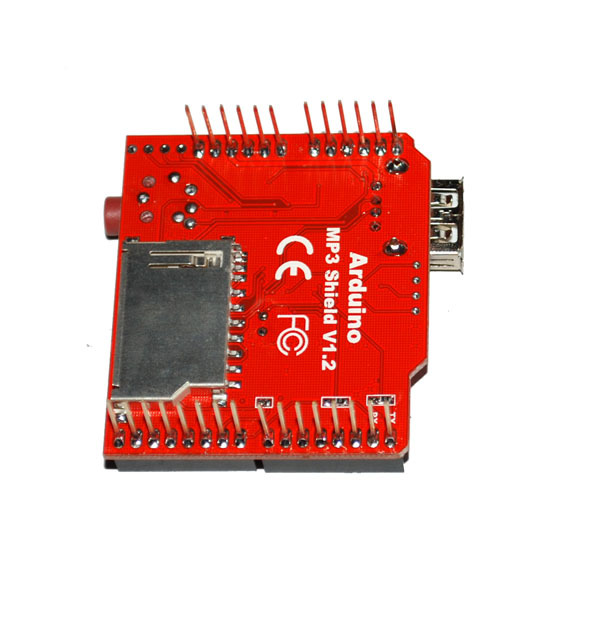 The Arduino MP3 Shield has an onboard 3W Class-D stereo audio amplifier which could drive 4ohm load such as loudspeaker.

With SoftSerial lib, Arduino could also send data to this module. We tested with 8G SDHC card and 16G U-disk. It works in perfect compatibility. We haven't tested larger SD and U-disk yet.