On the McLaren motherboard, there is a 20-pin 2mm spacing receptacle, users can choose different daughter boards based on the interface needs.

The McLaren motherboard also support DIP by optional pins that can be used to directly plug to user’s board without doing screwing. The interface board signals such as RS232/RS485/USB signals are also routed back to motherboard through the 20-pin receptacle, and again to users’ board through these DIP pins.

The module can be put into command mode by sending +++ through serial port. The module will respond with an ok. In order to prevent the situation where the user data +++ mistakenly triggers the command mode, there must be no serial port data input one second before and after the receiving of +++. At the same time, the gap between the three + should not be more than one second, otherwise, it will be considered as a data rather than a command.

There are two approaches to exit command mode. One way is to input command ATEX. The other is to timeout and automatically exit. In either case, the modules will response exited. The timeout value can be set by command ATTO

There are four commands without arguments:

You need to have a pair of the items shown above: 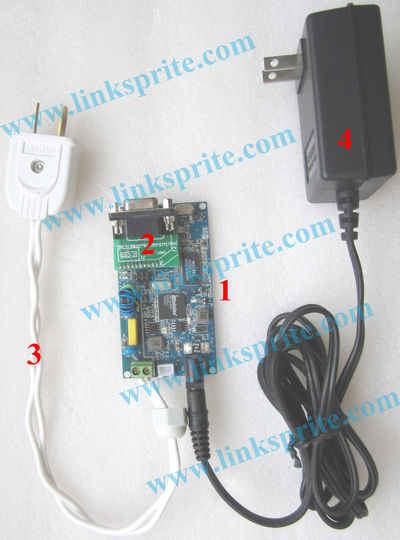 You need to install LinkSprite-NEC serial port terminal software that is included in the CD that accompanies the McLaren by clicking setup.exe

If you are using a USB to RS232 converter, you can use Device Manager tab to find out the COM port. 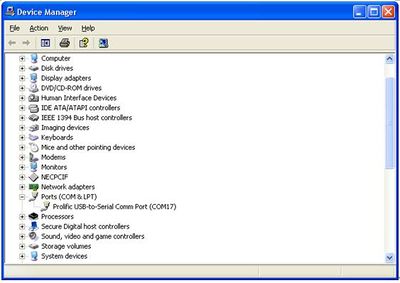 LinkSprite-NEC serial port terminal will show up as:

Click the Port Settings button to configure the serial port: 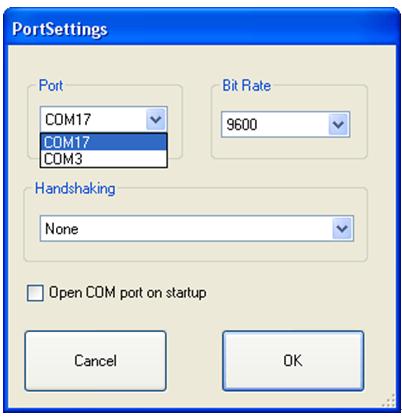 From device manager, we know that the COM port we are using is COM17. The default baud rate for McLaren is 9600. Click OK, and Click Open COM Port to open the COM port.

As shown in the following screen, by typing three + fast, we can enter into AT command mode to configure the module. 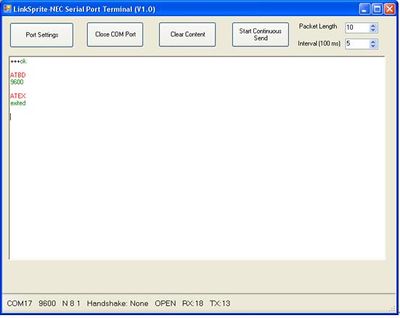 Next we can click Start Continuous Send to toggle continuous send and receive.

If you have questions or other better design ideas, you can go to our forum to discuss or creat a ticket for your issue at linksprite support.

Other related products and resources.