The pcDuino4 Nano is an Allwinner H3 based ARM board designed and released by LinkSprite for hobbyists, makers and electronic fans. It is only two thirds the size of the Raspberry Pi. It is open source. It works with Ubuntu MATE, Debian and etc.

The pcDuino4 Nano uses the Allwinner H3 Soc. It integrates Ethernet, IR receiver, video\/audio output and supports HDMI and AVOUT. It can be powered via the MicroUSB port.

In such a small board it still integrates rich interfaces and ports. Besides the popular HDMI, Ethernet, USB-Host, USB-OTG, DVP camera interface and AVOUT (audio and video) it has an onboard Microphone, IR receiver, a serial debug port and a Raspberry Pi compatible 40 pin GPIO pin header. 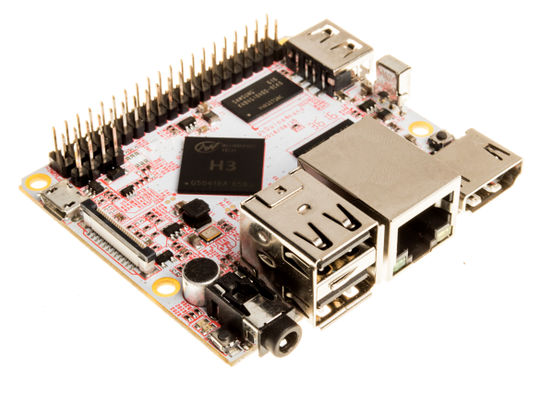 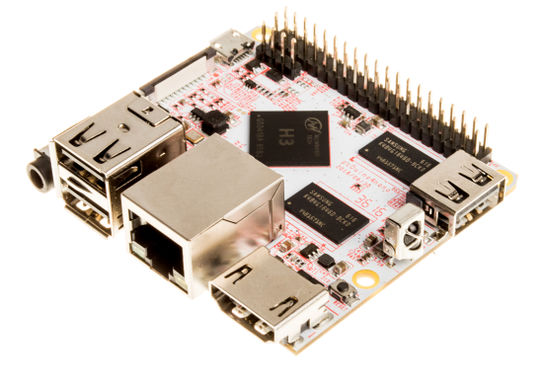 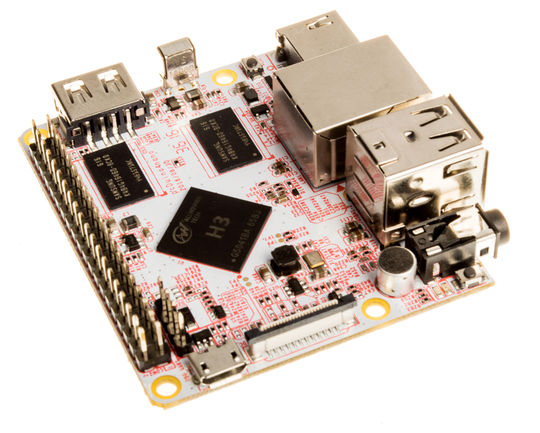 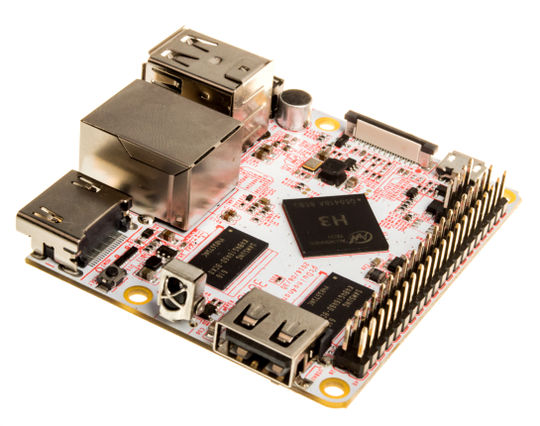 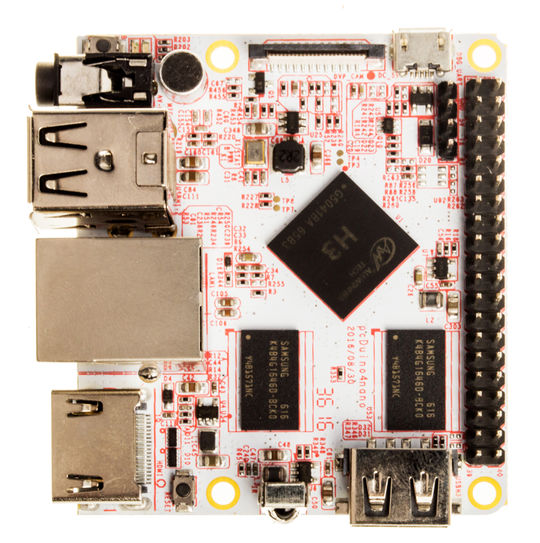 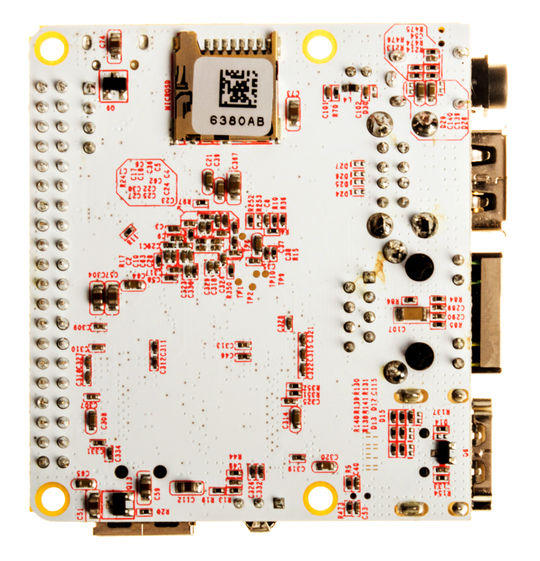 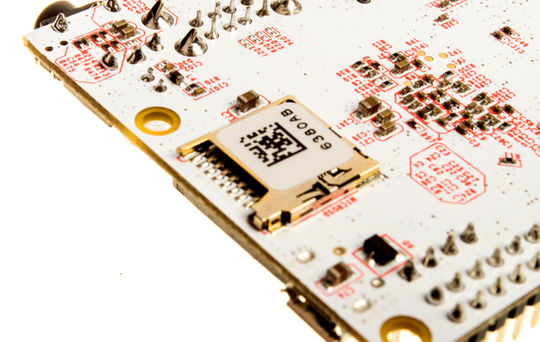 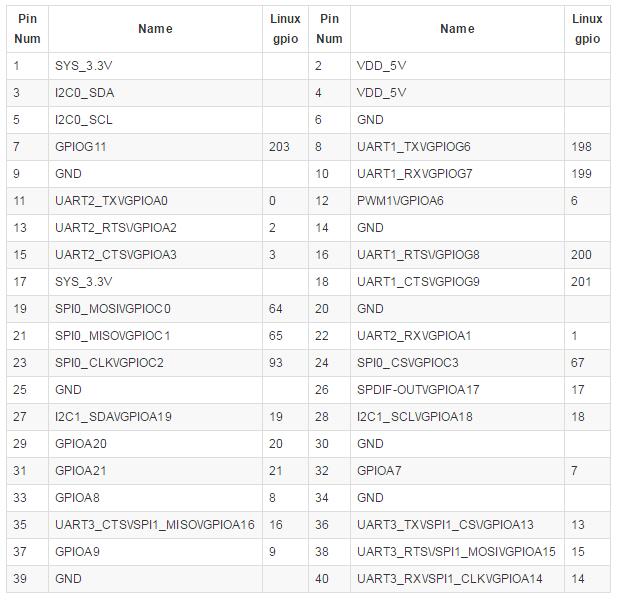 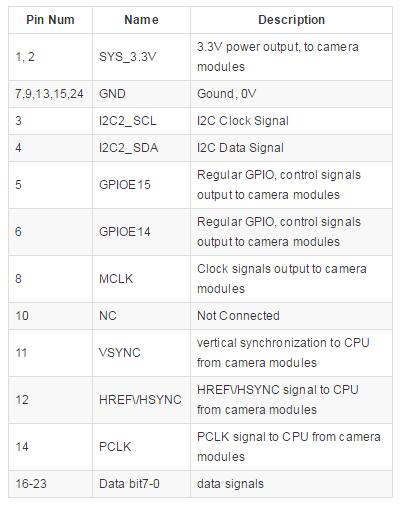 1.8G (or bigger) TF card( Speed class is recommended for Class 6 or higher) 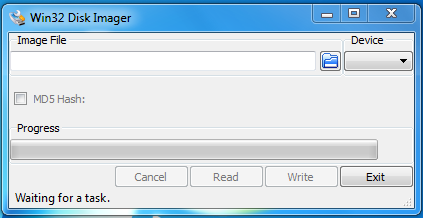 Tips: If you only have Linux or Mac OS, how to create a bootable SD card? Only dd command is needed.

The default of username and password are all: ls 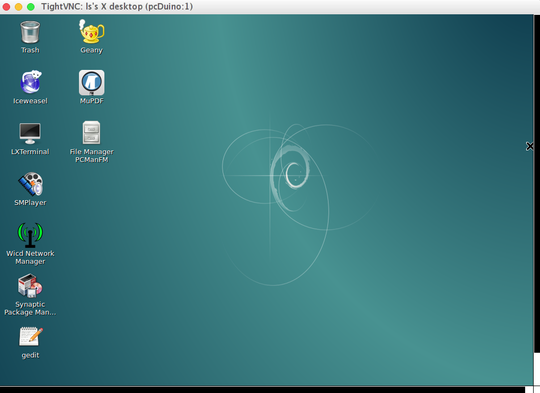 Resize the rootfs section of the TF card run the following commands on the pcDuino4 Nano's Debian terminal:

Following the prompt type in "y" to start re-sizing the file system and a second "y" to reboot the pcDuino4 Nano.

If the pcDuino4 Nano is connected to a network via Ethernet before it is powered on it will automatically obtain an IP after it is powered up. If it is not connected via Ethernet or its DHCP is not activated obtaining an IP will fail and system will hang on for about 15 to 60 seconds

The pcDuino4 Nano by default doesn't have a valid MAC address. If the board connects a network successfully it will automatically generates a random MAC in /etc/network/interfaces.d/eth0

Users can change it to a self-defined valid one:vi \/etc\/network\/interfaces.d\/eth0

Here is the content of a sample configuration file:

The hwaddress specifies the MAC address. Here the 76:92:d4:85:f3:0f is a random MAC. We suggest users change it to a valid one. Note: when you reset the MAC please make sure your MAC meets IEEE's definition otherwise it will cause unexpected issues. After you make your change, save, exit and reboot your board or run the following commands to restart the network:

Our Debian system's default audio output is the 3.5mm audio jack. You can turn on the HDMI audio by editting the \/etc\/asound.conf file:

After Debian loads please login from a terminal and run glmark2-es2:

Our Debian system has support for popular USB WiFi drivers. Many USB WiFi modules are plug and play with our system. Here is a list of models we tested;

If you pcDuino4 Nano is connected to a USB WiFi and is powered up you can log into pcDuino4 Nano and run the following command to check if the USB WiFi is recognized. If "wlan0" is listed it indicates your USB WiFi has been recognized:

The YourWiFiESSID and YourWiFiPassword need to be replaced with your actual SSID and password. Save, exit and run the following commands to connect to your WiFi router: 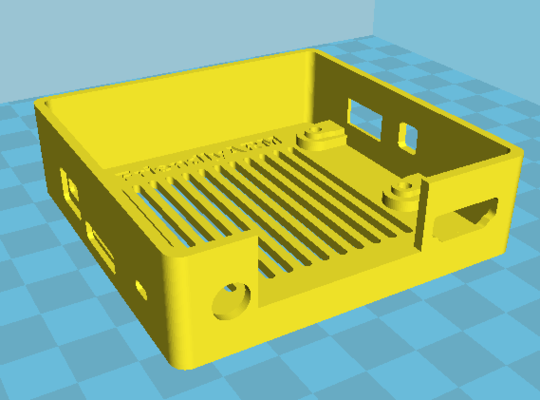 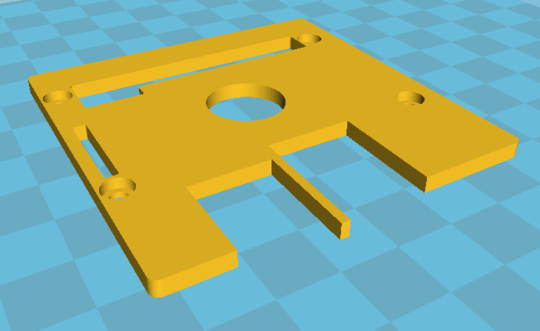