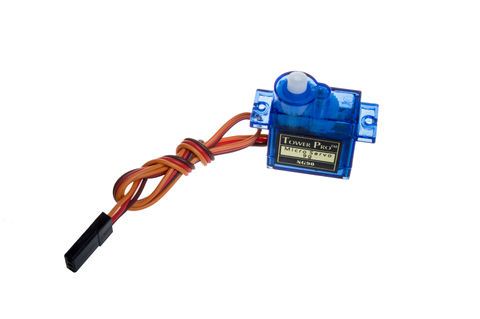 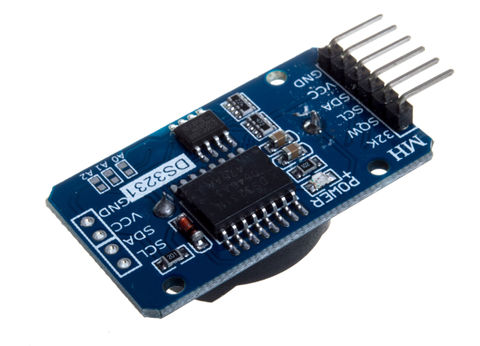 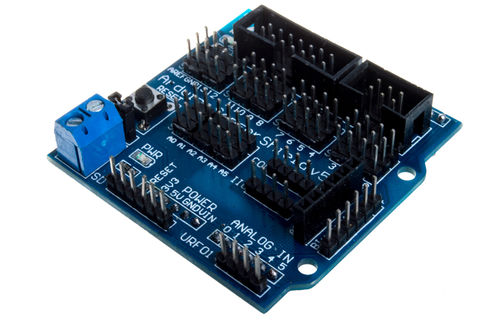 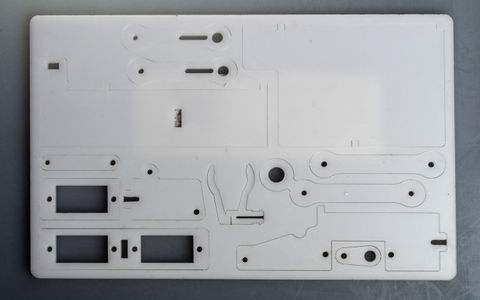 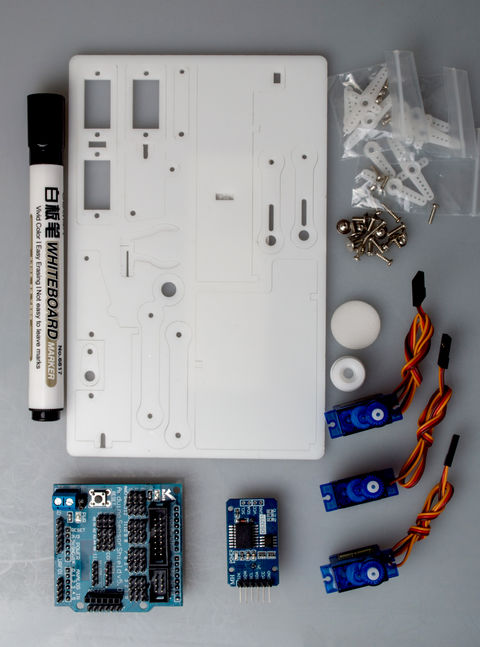 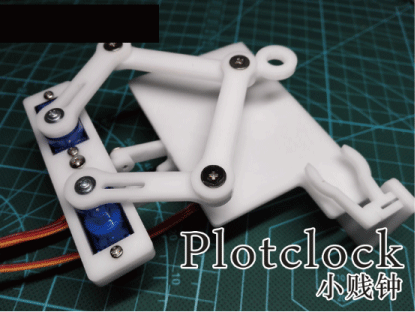 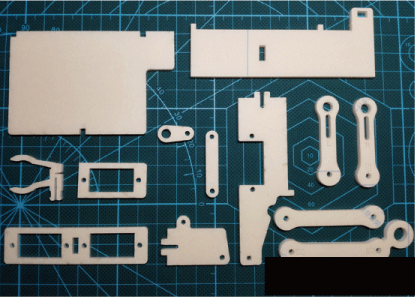 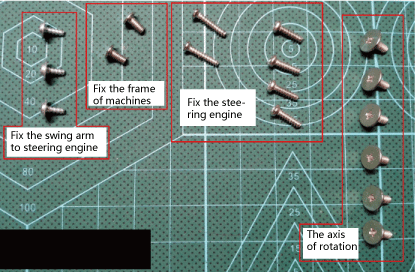 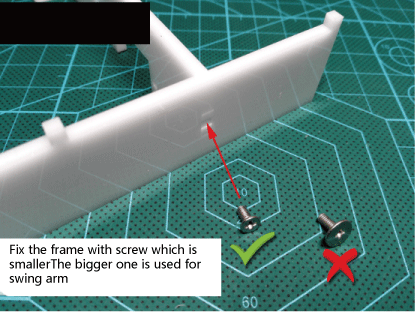 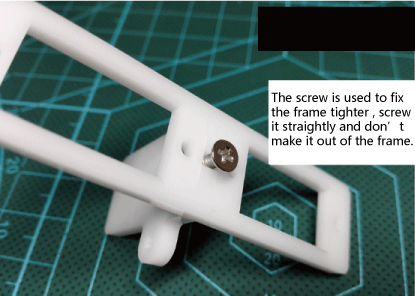 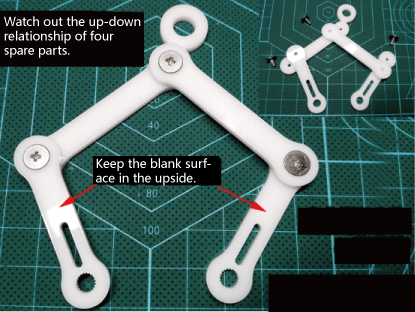 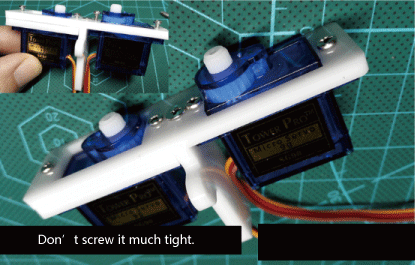 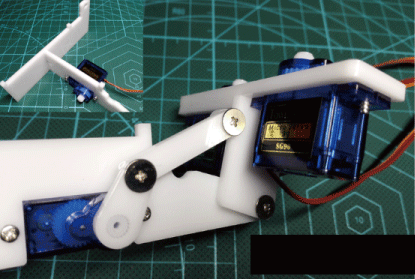 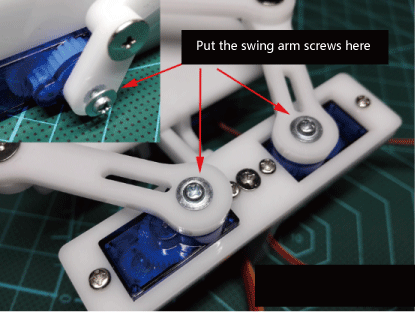 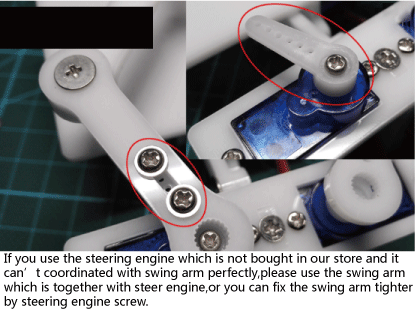 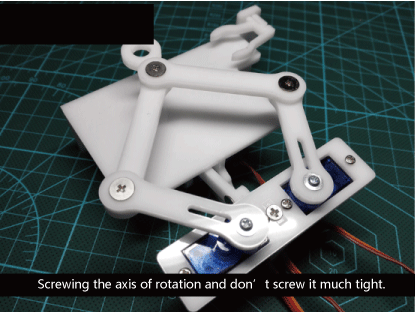 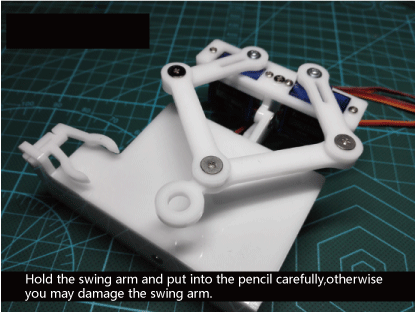 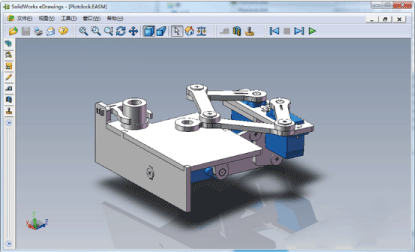 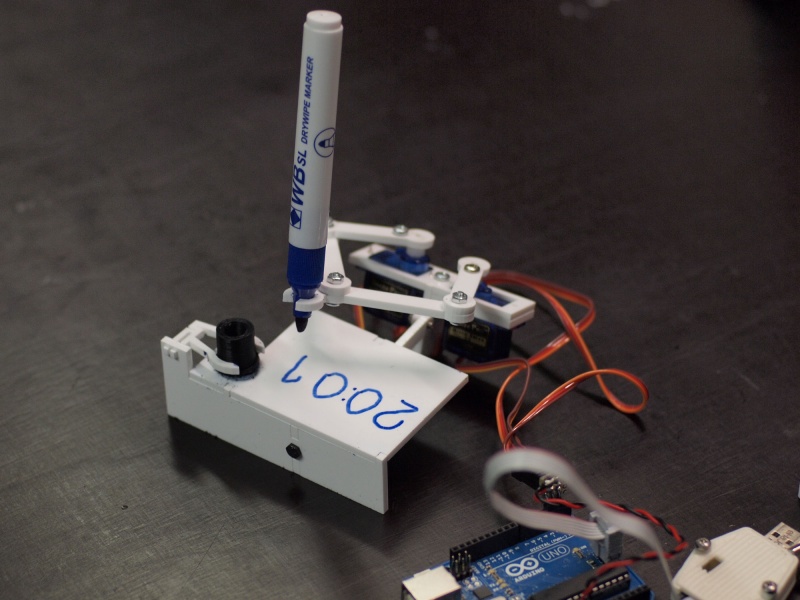 A clock that plots time. Designed with makeability in a fablab/makerspace/hackerspace in mind. 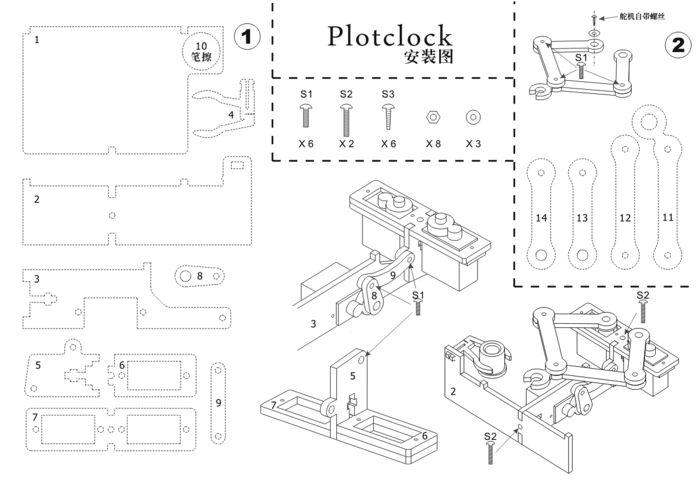 Update 08/15: You might want to take a look at http://www.thingiverse.com/thing:931498/#instructions for a more detailed documentation

Update 10/15: You should also check out http://www.instructables.com/id/Plot-Clock-for-dummies/?ALLSTEPS Thanks to Kjetil Egeland!

2.3D print swee.stl or reuse some other cylindrical part for the sweeper

4.Assemble arms with M3 screws, gently adjust the counternuts so that the joints under the screw heads just have enough play for smooth movement (see joint picture).

6.Add some sort of cloth with double sided tape to sweeper

7.Attach servos to digital pin 2, 3 and 4, according to arduino sketch, test them without anything attached by plugging in the arduino (the photos show it being connected to 1, 2 and 3, which isn't optimal since 1 is also the TX pin, so during arduino startup the lifting servo jumps around)

9.When attaching the servo arms, make sure they can turn enough to reach every point on the drawing surface by manually turning them

10.Power the arduino, it should start a calibration cycle where every second the position of both servos changes by rotating exactly 90 degrees (see last image in gallery)

11.Change the SERVOFAKTOR, SERVOLEFTNULL and SERVORIGHTNULL values until everything matches up (see code for more information)

12.Attach the pen and the sweeper holder only after testing everything else 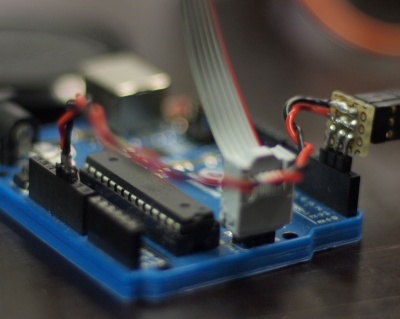 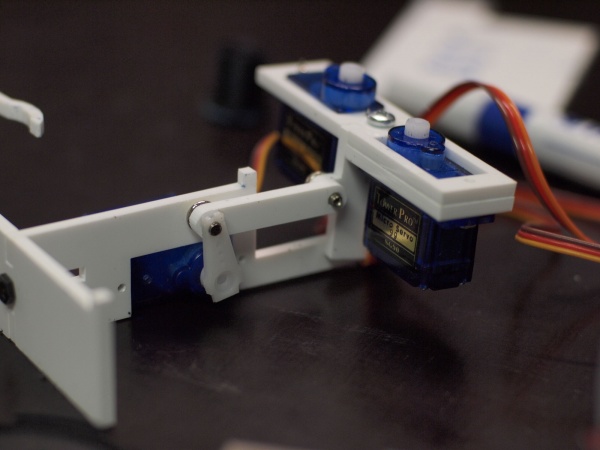 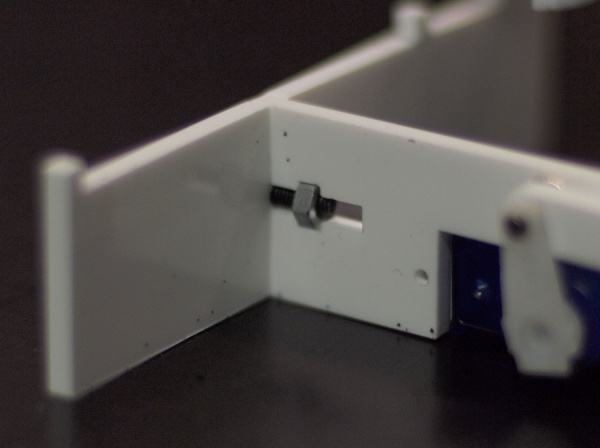 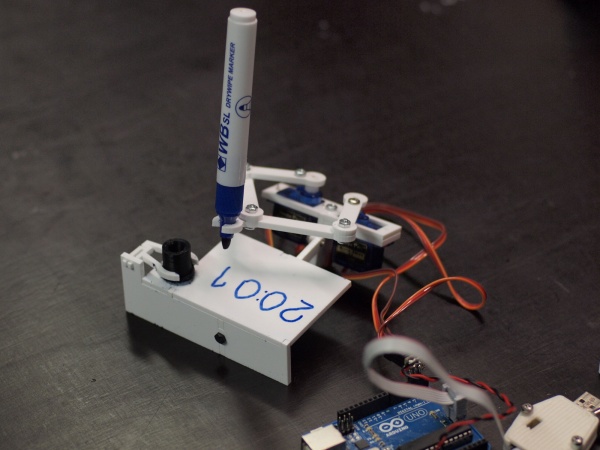 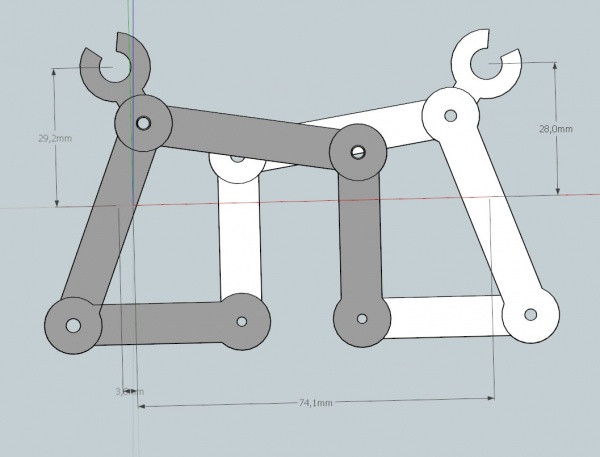 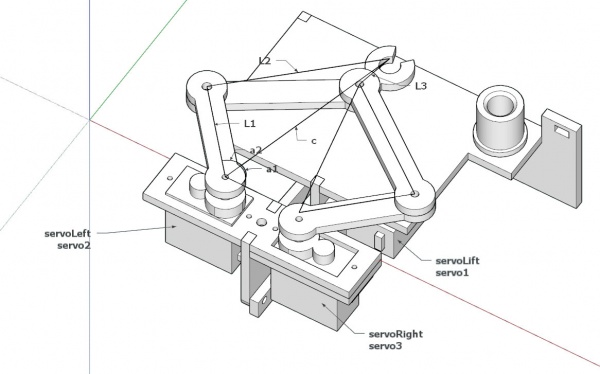 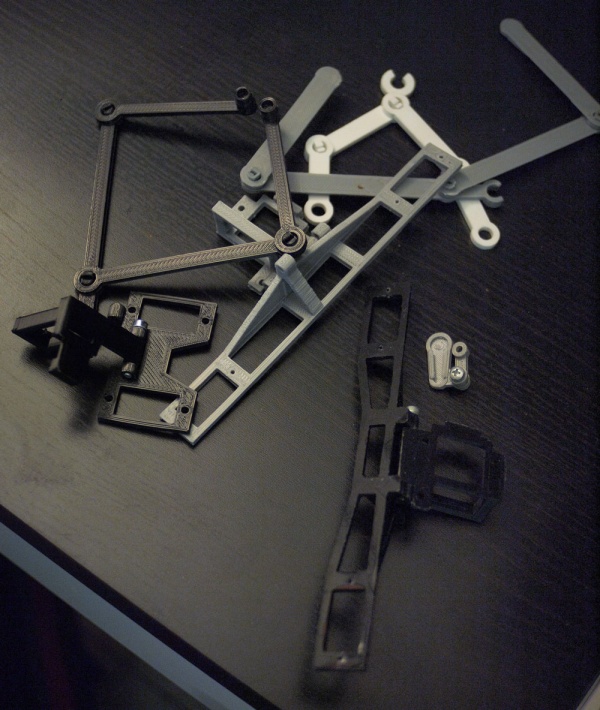